Where Did All the Whales in Sayulita Go? 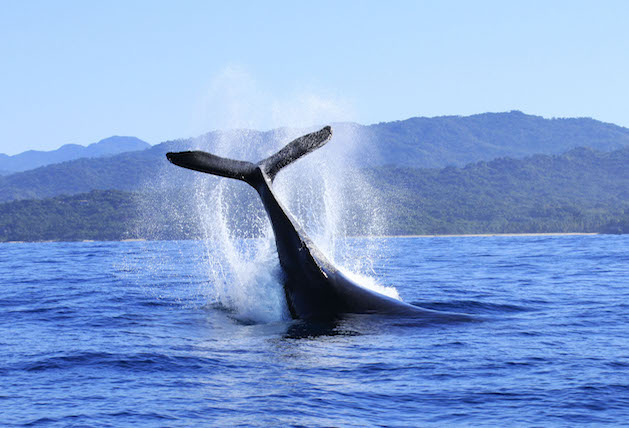 The annual winter migration of humpback whales to the coastal waters of Nayarit, Mexico, is almost as much a part of Sayulita and its charm as the surf, jungle setting, stunning sunsets, and beach lifestyle. However, this year after the normal occasional sightings of early migrating whales in November, by the onset of December and the beginning of the whale watch season it was clear that something was different ……and one common question was being asked by concerned residents throughout the region, “where are the whales?”

Nowhere in Mexico was this felt more acutely than the Bay of Banderas, an area 12 km south of Sayulita, with an ever growing whale watch industry (which in 2006 was already estimated to be worth over $1,000,000 USD), several dedicated whale research projects which have been running since the 1980s, and which in past Decembers it has not been uncommon to sight over 40 humpback whales in just one three-hour boat trip. Reports of “Hawaii’s missing whales” had also spread over social media by mid-December and researchers, tour guides, surfers and ocean lovers alike across the North Pacific were suddenly looking to each other for information and advice, many with desperate questions and some with the answer of vague positivity, “hopefully they are just arriving late.” Although, in the waters off Sayulita we did enjoy a great whale “January” with some spectacular encounters, a few very active whales and several large groups of competing males, suddenly in mid-February, daily sighting of whales had dropped dramatically and most whale watching companies in Nayarit had cancelled their trips by the start of March. With the legal whale watching season running through until March 23rd, this is the first time tours have been cancelled so early since whale watching began in the 1990s; usually there is a high abundance of whales through until mid April. Without doubt, the most concerning factor this year has been the absence of calves (baby whales), whale researchers in Nayarit, who commonly document 20 – 30 calves with their mothers throughout a season, this year are lucky to have recorded more than five. So where are the whales in Sayulita, and the surrounding areas, and what has caused the changes to the migration of Mexico’s beloved humpback whales? 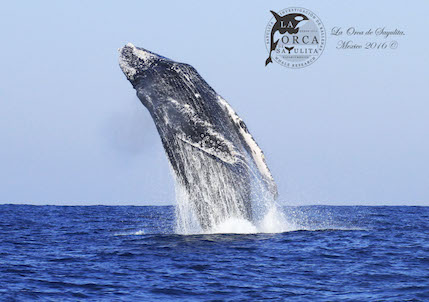 The coastal waters of Nayarit are a part of a major breeding area of the North Pacific humpback whale population, one of 11 populations recognized around the world. The humpback whale is considered a migratory animal, spending the summer months in high latitude cold water feeding areas where they engorge themselves consuming up to a tonne and a half of small schooling fish a day. In the winter, they then travel down to tropical or sub-tropical breeding and calving areas where they fast for months on end, living off a fat-based metabolism, and focus all their energy in the pursuit of finding mates (for males as many as possible) or for some females, nursing their calves. The two major wintering areas of the North Pacific are Hawaii (receiving about 50% of the population) and Mexico (which receives about 40 % of the population), with a smaller number of whales migrating to Central America (mainly Costa Rica and Panama), and Asia (mainly Japan and the Philippines). From an ocean basin wide study conducted between 2004 – 2006 by NOAA, the entire North Pacific population was estimated to be around 21,000 humpback whales (not including calves) and increasing by at least 4 – 8 % annually. Approximately 6 – 7,000 humpback whales were believed to be visiting Mexico annually, with approximately 2,000 humpback whales arriving in the mainland Mexico breeding region, of which coastal Nayarit is a part of. Local researchers have found that in just the Bay of Banderas, which includes Sayulita, up to 1,000 humpback whales may visit annually, with many being re-sighted throughout the whale season. Although the exact estimates of whale numbers this year are not available for the area yet, it is clear that nowhere near as many whales were sighted this year as in previous years. Many vessel/home owners in the Bay of Banderas have been shocked to look out to sea this winter and see little evidence of life, where as in years prior, one could spend hours watching the characteristic blows and splashes of surface active humpback whales. It is important to note, that information from whale researchers all over Mexico suggest that it was not just Nayarit that didn’t receive the expected number of whales. Mexico’s three main humpback whale breeding regions, Baja California, mainland Mexico (Sinaloa to Oaxaca), and the Revillagigedos islands (an archipelago of Colima, 350 miles off the Nayarit coast) have all received a much lower number of humpback whales this year, with very few calves observed. Hawaii too received very few whales at the start of the season, and now in their peak month of whale abundance (March) are waiting to see if the whales leave there early too. 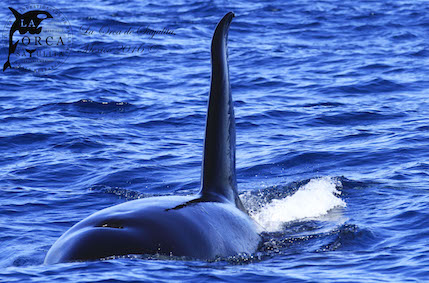 Most local speculation has blamed the low number of whales this season in Sayulita, and other areas, on the effects of El Niño, the climatic phenomena of the Pacific Ocean that causes increased rain, elevated ocean temperatures, and has global impacts on the world’s weather patterns. Ask most coastal Nayaritans and they will tell you that the water is too warm for the whales, and they have gone elsewhere.  However, it is likely the answer is slightly more complicated than this, and a combination of forces may be at work. Migration of animals is usually driven by species adapting to exploit different seasonal environments. In the case of the humpback whale, it is generally accepted that they migrate to higher latitudes to exploit the massive abundance of food available from late spring through to early autumn, and then travel to warmer water in lower latitude areas in winter to increase the chances of survival of young calves (optimisation of energy budget, increased calf growth, and reduced killer whale predation). The fact that sea surface temperatures in Nayarit this season were reported to be 2 - 3°C higher than normal by NOAA, seems unlikely to have caused the change in humpback distribution alone. The average sea surface temperatures of humpback whales wintering areas around the world are known to vary by approximately 10°C, and the greater selective force driving humpback whale migration to breeding areas appears to be that the sea surface temperature is above 21°C, and it is not known if they have an upper limit of preference for water temperature. It seems far more likely that a shift in the supply and distribution of humpbacks prey species on their feeding areas caused by raised ocean temperatures may be the root cause for the major change in their migration; for wide ranging marine mammals such as the humpback whale, which can adapt and survive in extremely different oceanic environments, changes in availability of their target prey species may be the biggest threat to their survival. If El Niño has affected their food supply, humpback whales may have had to stay longer in their feeding areas or moved to different areas of the North Pacific to feed to ensure survival. This theory is seemingly supported by reports of lower numbers of humpback whales observed feeding in Northern California this month (the favoured feeding area of Mexican humpback whales), where El Niño’s warming affects appears to have led to a much lower abundance of small schooling fish. Whilst in British Colombia, noticeably thinner humpback whales have been seen in greater numbers feeding throughout the winter months. Anecdotal sightings of humpback whales feeding in Baja California last month also add support to the idea of a shortage or change in food for humpback whales in their feeding areas. This may have led to opportunistic feeding 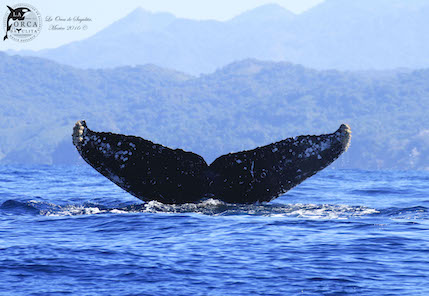 by individual humpback whales here in Mexico, rather than the typical winter-long fast.

An additional more positive theory to explain Sayulita’s, and Mexico’s, missing whales, also related to food availability, is that the population of humpback whales of the North Pacific may have reached its “carrying capacity”, a term used to describe the maximum number of individuals of a population that the environment can support. Once a highly endangered animal throughout the world, the humpback whale has surprised conservationists as to what a resilient species it is, and today has recovered globally better than any other large whale species. The humpback whale’s world wide population was thought to have dropped to an all time low of less than 10,000 animals in the 1960s, due to intensive commercial hunting of the species in the first half of the Twentieth Century. Every population, all 11 populations, were hunted until there were virtually no humpback whales left. Some populations were thought to number just a couple of hundred animals by the mid-1960s; the North Pacific population was believed to number approximately 1,000 animals across the entire ocean basin. The protection of the species worldwide in 1966 allowed some respite, but is it clear illegal whaling of humpback whales continued until the moratorium on commercial whaling in 1984. Since then nearly all populations have dramatically increased in number, and the return of the humpback whale has become one of the greatest recovery stories of a once endangered and heavily exploited mammal species, with a probable worldwide population today of over 120,000 individuals. It maybe that the North Pacific population has grown and recovered so successfully that now there is not enough food to support an either larger population, and natural processes of populations control will play out in the next few years to lead to a stable population number. If this is true, the disruption in humpback whale migration this year may not entirely be a bad thing, but a natural occurrence and a sign of a healthy and strong population, with humpback whales competing for food many may have had to have stayed longer on their feeding areas to consume enough food for survival. 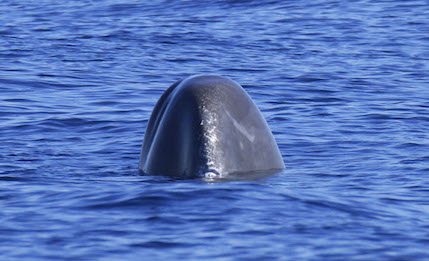 To truly understand what has caused this change in humpback whale abundance in Mexico will take time; continued observation and recording of data for years to come; collaboration of researchers from all over the North Pacific; and dedicated and extensive investigation and research. In the meantime, all those who love and cherish the whales of Mexico wait anxiously for the end of 2016 to see if next whale season the beautiful and mysterious humpback whales, once thought to be a permanent feature of winter in Sayulita, will return to the abundance of years gone by. The truth is, all we can do is wait and pray, and only time will tell. 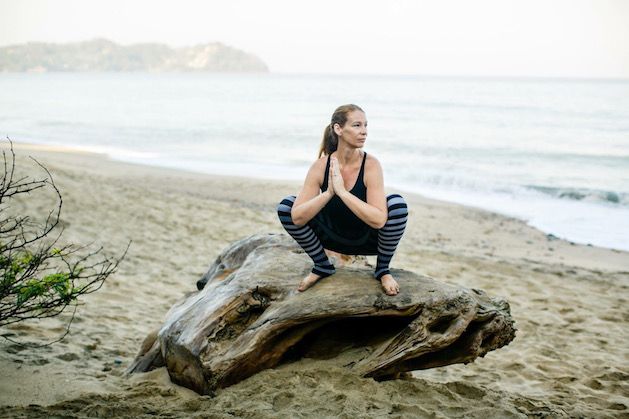 < Previous Article Breath and its Power: aka Pranayama
Next Article > The First Sayulita Nayarit Picture Book: An Inter... 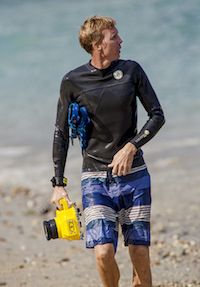