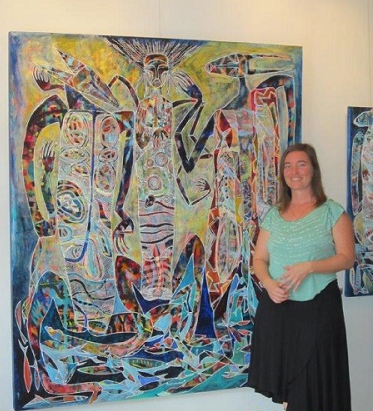 Only after his death in 1901 was the French post-Impressionist painter Paul Gauguin recognized as the founder of the art movement called: “Primitivism.”

Gauguin’s body of work produced during the years he lived in Polynesia exhibited “elements of metaphysics, ethnology, symbolism and mythology," according to biographer John Richardson.

So too, does the modern-day work of Cori Jacobs, a multi-media artist Cori Jacobs who operates Cori Jacobs Gallery in Sayulita, Nayarit. She describes her work as “figurative paintings with a strong Mesoamerican and folkloric influence.”

I was also reminded of the work of Mexican para-surrealistic painter Remedios Varo (1908-1963) when I looked around Jacobs’ gallery at Avenida Revolución #52.

Jacobs told me: “I am partial to blues, influenced by Chilean artist Francesco Sepulveda who I met in Geneva several years ago. Something in my visual brain clicked and I just felt a new understanding for blue and the impulse to use it.”

Jacobs’ recent paintings challenge the viewer to sense her yearning for the world and its creatures-large and small- and their ancestors.

As a teenager, Jacobs was drawn to Mexico through family vacations. After her first year at the U. of Oregon, she took a term off and went to the city of Oaxaca to immerse herself in the Spanish language and Mexican culture. She later returned to Mexico, to the fishing village of Chacala, to complete her thesis which, she says, was very generally directed to the art and culture of Mexico.

Jacobs was particularly taken with the Huichol people. For four months she lived with a family in Nayarit. From them she learned yard painting, a classical tribal art form, embroidery and bead work. She attended the pilgrimage to Wirikuta, the Huichol sacred land in San Luis Potosi, participating in age-old rituals.

“These experiences have had a lasting impact on my work and my life,” says Jacobs. 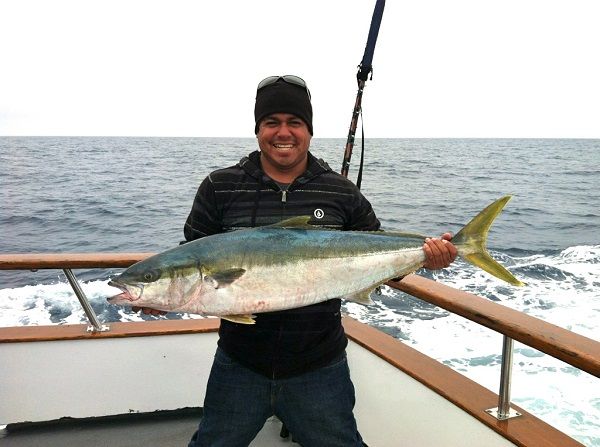