Last Friday, October 23rd, Sayulita was on high alert as Hurricane Patricia, a category 5 storm, headed towards the Pacific Coast and the Puerto Vallarta area. Recorded as the most powerful hurricane ever in the western hemisphere, Sayulita locals and tourists took the warning very seriously and made preparations in the event Hurricane Patricia were to hit.

Many local businesses closed their doors for business, placing sandbags in front of the doors and taping the windows, while others placed plywood over them. The few stores that remained open were mostly small grocery stores, which were packed with people purchasing provisions, such as canned goods and other food items, water, and candles. Locals also prepared their homes for Hurricane Patricia. Personal items were moved to higher locations, important documents and electronics were protected, and boards were put over windows and at the bottom of doorframes.

The day was so calm and quiet that is was almost eerie. Not even a slight breeze blew the palm trees, and the animals and wildlife seemed to sense that something was up. “When I went out to swim in the early afternoon, there were thousands of swallows acting very strangely about a hundred feet offshore. They didn’t seem to be feeding mostly, just grouping and dispersing over and over,” said Nate Singer, who recently moved to Sayulita. 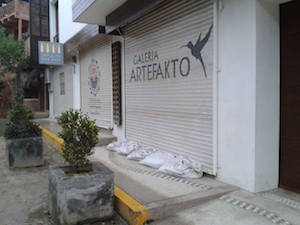 While some people left Sayulita and traveled to areas they thought were safer, such as Guadalajara, many people did remain in town. Those who remained took comfort in the fact that Sayulita is such a tight knit community and really came together during this stressful, and potentially dangerous time.

“Having experienced Hurricane Kenna in 2002 and the Sayulita floods in 2010, I felt we needed to prepare for the worst. We lost electricity for days during both of those disasters and it was very hard to account for people. Using our Facebook Sayulita Page, we were able to create a list of everyone that decided to stay in Sayulita and ride out Hurricane Patricia. The plan was to meet at CVIS the following morning and account for everyone on the list and create cleanup crews. So fortunate for us all in Sayulita, we were spared any damage. However, it is heartbreaking to see the damage in our neighboring mountain and coastal towns,” shared Tamra Boltjes, a long time resident of Sayulita.

Many people in our community have been and continue to be extremely instrumental in spearheading efforts to help the surrounding communities that are devastated from Hurricane Patricia. Kimberley Flor Keehn, a long time Sayulita resident, is one of them, and she shared the following: 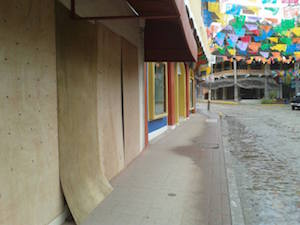 “There was a moment before the storm hit when I realized Sayulita was going to be fine. My uncle is a hurricane meteorologist and he wasn’t concerned for my safety. That meant a lot to me. As everyone else was scrambling and frantic with fear, I was able to keep calm. In that moment, I realized that there would be places that would be hit hard, and we could use our own relief at being spared to send relief to those who weren’t so lucky. I hit the ground running on Saturday morning and I haven’t stopped since. The outpouring has been amazing! Yesterday, I personally bought toys to send down with the supply run, and I heard one child say he hoped we (Sayulita) would come down to play with him. This is such a meaningful project – real people aiding real people. No dinners, speeches fancy clothes, actions. (Well, not yet anyway). Just people helping people. We are working towards sponsoring a town on the affected coastline. The things that they need most are mattresses and roofs. This will take some organizing and financial donations sent directly to someone on the ground there. We are setting that up now. The wind was so strong it blew the roofs off and then took all the contents from inside the houses. I can’t imagine the experience. Today we are sending tarps and food, a few mattresses, and lots of love.” 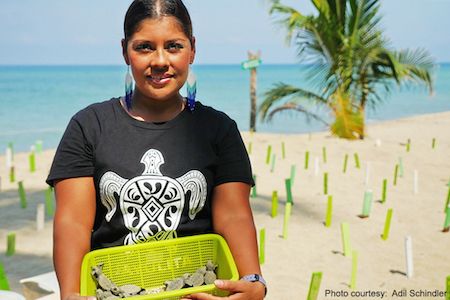 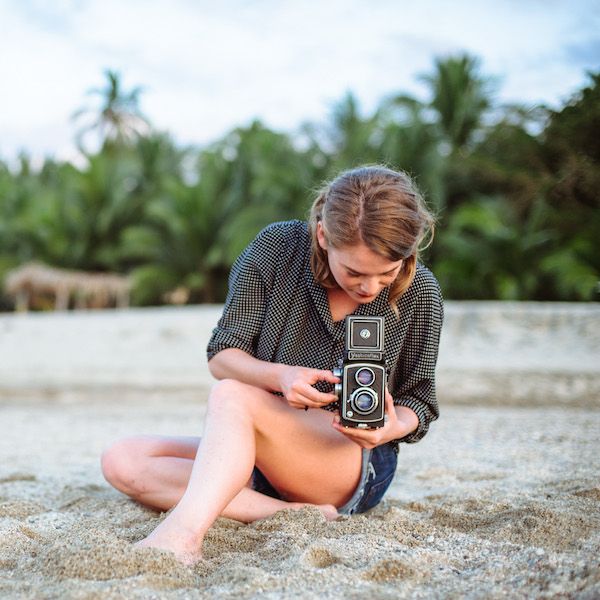