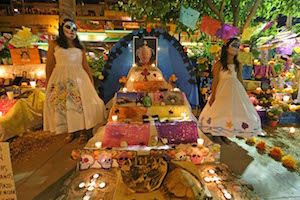 The 4th annual Día de los Muertos Festival took place on Sunday, November 1st and Monday, November 2nd in the Sayulita plaza. “I noticed the tradition was getting lost and no one was celebrating Dia de los Muertos anymore. Instead, people were celebrating Halloween, which isn’t a Mexican tradition. So, my husband and I decided to get together and show the foreigners who we are. In a lot of Western cultures, people are afraid of death, and in Mexico, we’re not, which is why we celebrate it,” shared Belen Sandaval Navarro, a Sayulita local who first initiated the Día de los Muertos festival five years ago.

The energy in Sayulita from the festival was in full force during the two days of festivities. Floral bouquets in vibrant shades of blue, yellow, purple, pink, and red, were sold on the street corners. Papel picado, similar to string pennant flags, in bold colors, containing elaborate designs, hung from the streets and in the plaza. Many people had their faces painted catrina-style, which is traditional face painting for Día de los Muertos, and two larger than life catrina figures walked around the plaza, patiently taking photos with festival attendees. 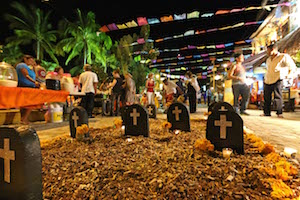 Magnificent altars, with offerings, were carefully constructed with love in the plaza and in homes to honor deceased family members or friends.“We share the day with the dead. That’s why we do the altars – so the dead can come and inhale the essence of their favorite foods. They spend the day with us and then go back to their spiritual world,” said Belen.

While the majority of the altars had common features, such as flowers, candles, sugar skulls, fresh fruit, and a photo of the deceased, the altars were also representative of the individual and their likes and personality. Favorite clothing items, shoes, food, liquor, stuffed animals, personal hygiene items, and even a surf board and kayak were part of the altars.

Beautiful designs made from rice, beans, lentils, sunflower seeds, and flower petals, were also commonplace. One altar contained a picture of a man and his horse, with a life-sized replication of his white horse standing next to the altar. “It’s made from only newspaper, wire, and paste. It took a week to make,” stated Alejandro Castro Cavazos, who carefully constructed the horse in honor of his friend. 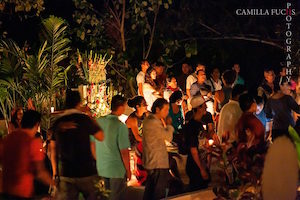 Other festivities included performances by local children, traditional dancing, live music, theatrical performances, and more. On Monday night, technically Tuesday morning at 12:00 a.m., a procession to the cemetery took place. People walked, lit candle in hand, to celebrate the lives of those who have passed. “This is one of my favorite holidays in Sayulita. I loved how the cemetery was all lit up with candles, and the festive mariachi band playing with everyone singing along. Since my mom passed away last year, I appreciated how it was a joyful celebration that brought the community together to remember our loved ones,” shared Radha Gallup, a Sayulita local. 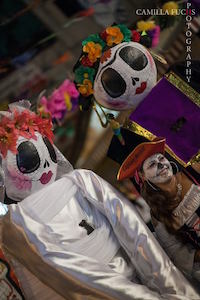 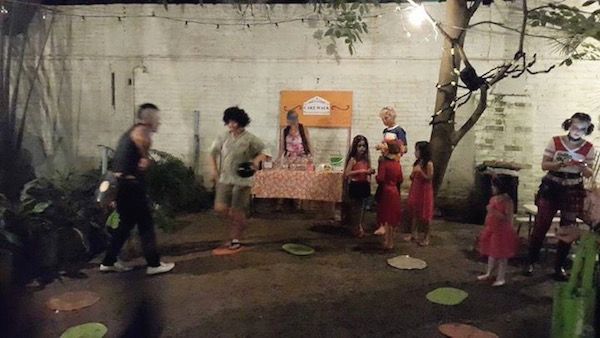 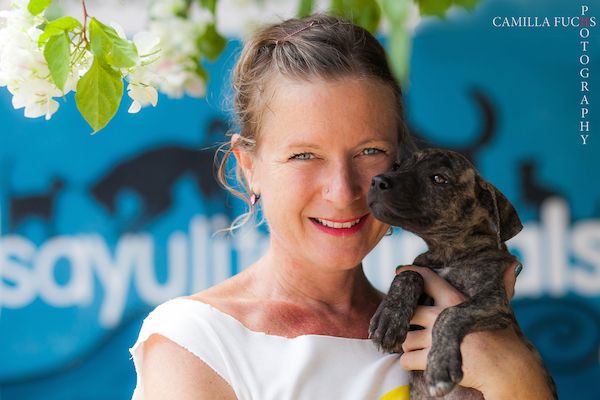