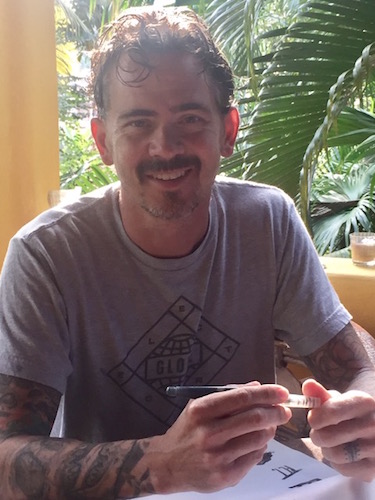 Harlan Thompson, originally from Bloomington, Illinois, moved from Chicago to Sayulita the beginning of December with his wife and two children. Ironically, he walked into Papillon Family Studios, and discovered he had tattooed the owner of the shop, Chops Papillon, 23 years ago while living and working in Arizona. Harlan tells El Sayulero how he got his start in tattooing, about his style of tattooing, and much more.

How long have you been tattooing? How did you get your start?

I’ve been tattooing since 1993. At the time, I was finishing an art degree at Arizona State University in sculpture and was getting ready to move to Chicago. There was a tattoo shop near the school and I was friendly with the people who worked there, so I went to say goodbye. They knew I was an art student and asked that I stay through the summer and work for them. I agreed and spent about two more years in Arizona working at the tattoo shop before moving to Chicago.

How would you describe your style of tattooing?

What sets you apart from other tattoo artists in the area?

Since I’m new to the area, I don’t know a lot about the other tattoo artists yet. In Chicago, I do a lot of traditional American style tattooing, and I tend to focus on larger scale tattoos  - sleeves, backs, etc. But, I like to do everything.

You’re currently working at Papillon Family Studies, Tattoo & Jewelry. What is it about this shop that made you want to work 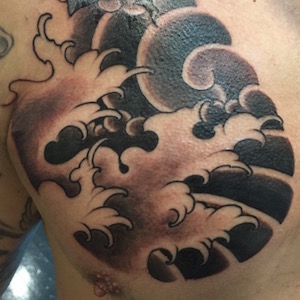 Well, I think it’s pretty amazing what a high caliber tattoo shop Chops has here in this beach community of Sayulita. All artists at Papillon Family Studios are top notch and it’s a really awesome environment to walk into. I’m very thankful to be able to be a part of it.

When clients come to you with a rough idea of a tattoo, do you draw something up for them? If so, how would you describe the process?

So, a lot of time I like to meet with people ahead of time and do a quick consultation. We discuss their tattoo idea and placement, and then I spend the interim between the consultation and tattoo appointment drawing up their tattoo. When they come in for their appointment, we can move on from there.

Do you have a favorite tattoo you’ve done in Sayulita? If so, what it is that makes it your favorite?

Last week was the first tattoo I’ve done here. I knew Tom from Chicago – he helped encourage us to move down here. The tattoo was definitely a Mexican theme (Dia de los Muertos woman with a Spanish quote) and was fun to step into.

What do you think you’ll like most about tattooing in Sayulita?

People are always excited to get tattooed, but people in Sayulita seem to have a different level of ease and are more laid back. It’s also nice that there are different levels of tattoos here – it’s a great spot for both locals and vacationers.

Do you suggest someone make an appointment? If so, how quickly can someone generally get in to get tattooed? 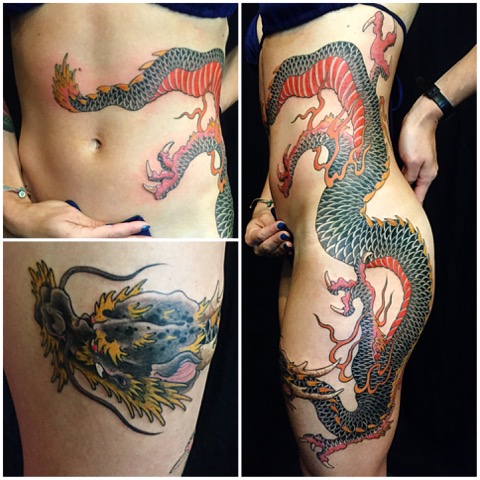 I’m really glad to be here in Sayulita and be included by these guys at Papillon Family Studios. Tattooing is kind of a small community family and it’s nice to see familiar faces and have somewhere that feels like home. 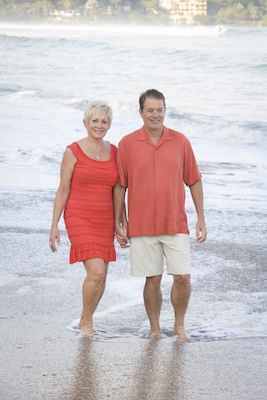 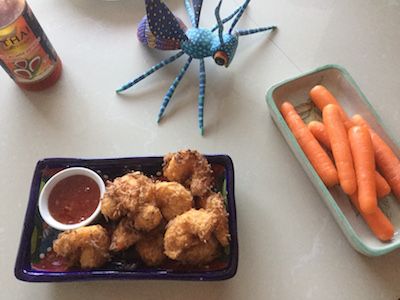