With the opening of Palmar Trapiche on December 14th, Sayulita has a great new spot for craft beer lovers and foodies. Located on the North side of town on Av. del Palmar, this restaurant is an oasis from the hustle and bustle of downtown. Palm trees and foliage surround the long wooden tables that are paired with chairs in vibrant colors of yellow and turquoise, while accent lights, string lights, and up-tempo music add to the inviting ambiance.

Palmar Trapiche is the second location of the Cerveceria de Colima, a brewery that opened 17 months ago in El Trapiche, Colima, a small state approximately 7 hours from Sayulita. “We decided to expand to Sayulita because we want everyone to try our beer. We chose here because of the variety of people who live here and spend their holidays in this beautiful beach town. We believe this is the right place to share our delicious artisanal beers,” shared Mara Rico, the manager of Palmar Trapiche in Sayulita.

This brewery specializes in artisanal Mexican beer and brews three styles. Paramo, their most popular beer, is a pale ale, Ticus is a porter, and Colimita is a lager. They also brew a blonde ale, called Costera, for the Cervezeria de Costera. These beers, along with six other craft beers, including one from Los Muertos Brewing, based in Puerto Vallarta, are available on draft at Palmar Trapiche. “This is the best Mexican beer I’ve had,” gushed Sean Joyce, a craft beer enthusiast from Chicago, while raising a pint of Paramo.

This location in Sayulita is a window for the brewery. One of most recognized chefs in Mexico, Nico Mejia, who was nominated as best restaurant of the Mexico Gourmet Awards in 2014, along with our chef, Jorge Miramontes, created the menu and also came up with the 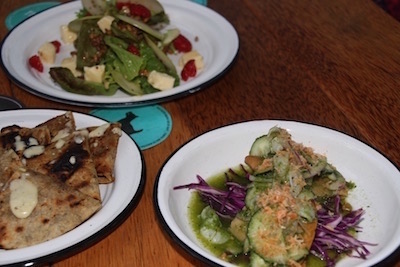 beer pairings,” shared Mara. “We respect the local food with influences of Nayarit, while the kitchen is also built on where we come from, which is Colima. Some dishes are representative of Nayarit and others of Colima. Aguachile is on the menu, a typical dish of Nayarit, and tacos olvidados, meaning the forgotten tacos, are common in Colima. Other dishes are a fusion of both regions,” added Chef Jorge Miramontes.

The menu is impressive, with the food and beer perfectly complementing one another, creating an experience that won’t soon be forgotten. For example, the braised ribs, which melts in your mouth, is cooked for 12 hours in their sought after pale ale, a fresh salad with apples, raspberries, and cheese, is topped with barley seeds and a sweet, yet tart, beer vinaigrette, the tiramisu has porter in it, and the bread is made with lager, rather than water.

The slogan “Nos Gusta mucho estar aqui (We are so happy to be here),” is displayed on coasters on the table, and the feeling is mutual. 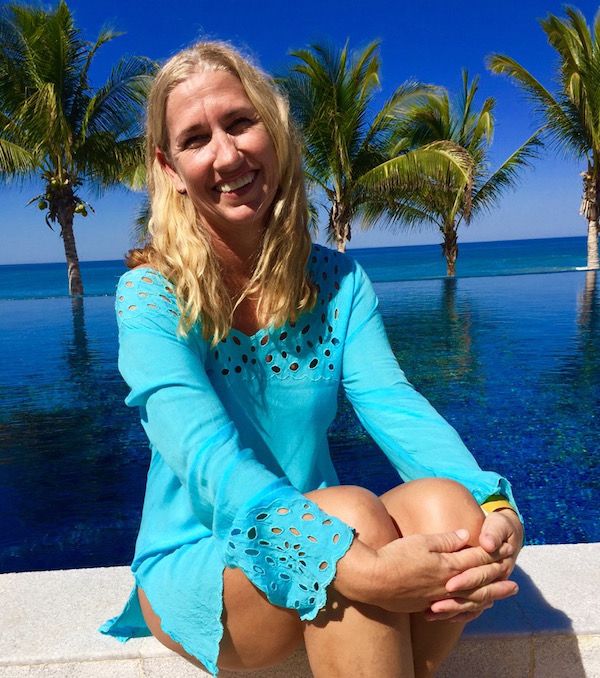