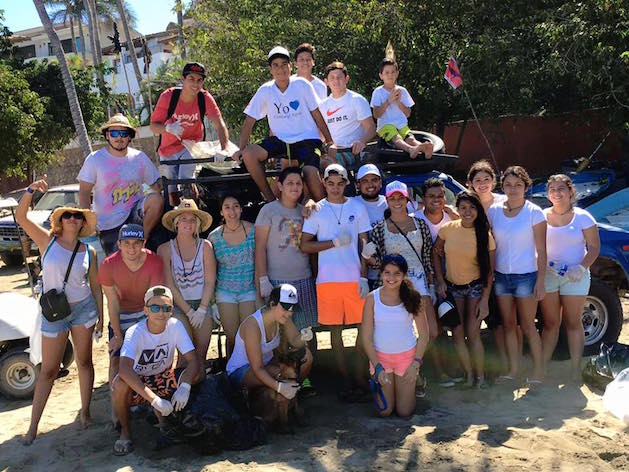 It was just two months ago that a few young people came up with the initial idea of doing something that was impactful for Sayulita. “We were talking about the necessities that Sayulita had and the needs not being met. We thought, if us young people can get together and take action, we can start making a change,” said Daniel Camacho Venegas, 21 years old, and Ruben Jr. Rodriguez, 19 years old, both of whom are the power behind JXMP, and come from families with a long history in Sayulita.

The acronym JXMP initially stood for Jovenes Por Mi Pueblo (Youth For My Town), but after further consideration, the group decided it was too inclusive and they wanted people of all ages to feel comfortable joining their new initiative. So, the name was changed to Juntos Por Mi Pueblo (Together For My Town).

The first action they took was organizing a beach clean-up, and from that first action, and the success of the clean-up, the momentum of JXMP really picked up. “We decided we needed to do something more. We wanted a broader focus,” confided both Ruben Jr. and Daniel. “So, we put a call out on FaceBook for those who wanted to get involved with JXMP, and several adults showed up to our next meeting, including Alejandra Aguirre from Campamento Tortuguero Sayulita, and Nydiia Zarate, who has been very instrumental in our efforts,” they added.

During the second weekend of February there was an art and craft bazar in the Sayulita plaza, and JXMP set up a booth to both get the word out about JXMP, and to raise money by selling cookies and bottled water. “With the money we raised, we bought paint, brooms, shovels, things that were needed to help improve Sayulita,” stated Ruben Jr.

They were at it again on February 24th for Flag Day, but this time they were sweeping the streets and cleaning up trash. They had also organized a few more beach clean-ups since the initial beach clean-up. Due to their visibility and their desire to make change, JXMP started to make connections and build relationships with key groups and authorities in Sayulita, including the Delegado.

Then with Semana Santa just around the corner, JXMP decided to tackle the transit and garbage issues that are generally notorious for this holiday, head on. “A meeting was set, and restaurant and business owners, civic authorities, and others, were invited to attend a meeting to put together a plan of action for Semana Santa. About 20 people showed up and agreed to support us,” said Daniel and Ruben Jr. 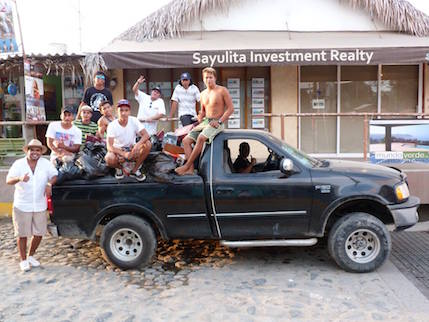 With a lot of hard work, dedication, and support, a successful plan was put into place to keep Sayulita clean and the traffic flow moving. “We put together a diagram of how traffic should circulate in town to avoid traffic jams, which side of the streets should have parking, etc., and the municipal government approved the plan and sent transitos to help with the traffic flow,” said Daniel, who took the lead on the transit issues, while Ruben Jr. took the lead on the garbage issues.

Trucks were organized to be used to collect trash, and several groups, including Eco Sayulita and Pro Sayulita helped with providing needed supports, such as plastic bags, gloves for trash collection, and food and water for all of the volunteers. JXMP t-shirts were also donated by Tracie Willis of Choco Banana to give the group an official look.

During Semana Santa, approximately 30 JXMP volunteers were out on the streets of Sayulita, picking up trash, giving trash bags to visitors so they could collect their own trash, taking trash to the dump, directing traffic, and whatever else was needed to keep Sayulita clean and traffic flowing. While they made it look easy, both Ruben Jr. and Daniel admitted it was a lot of hard work, “You don’t know what you’re facing until you’re out there. People do what they want to do and people don’t always want to help.”

When asked about the future plans of JXMP, Ruben Jr. and Daniel said, We’re very proactive, but the problem is school starts again on Monday. Something will be in the works soon. We’ve been thinking about getting involved with the school education here in Sayulita. We also have a schedule of activities we want to do throughout the year.” “If you want to do something you can find a way, you just need to set your mind to it,” Daniel added. "And a shout out to everyone who supported us and made it possible," they added. 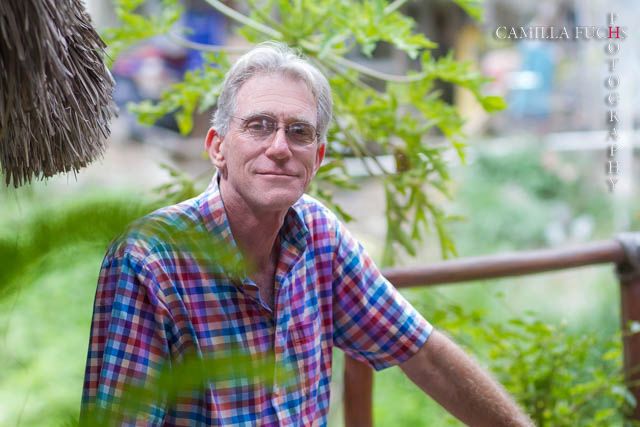 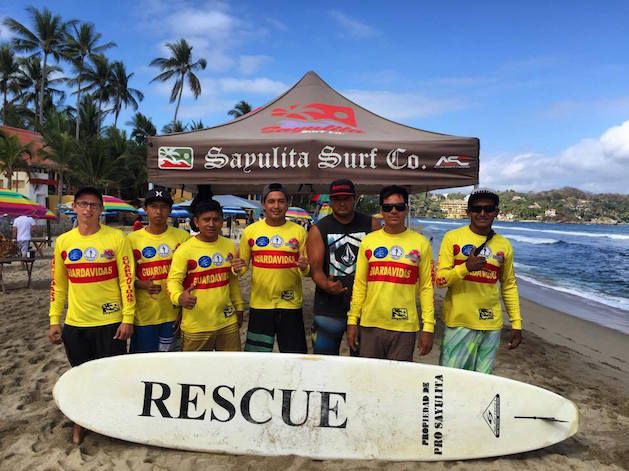