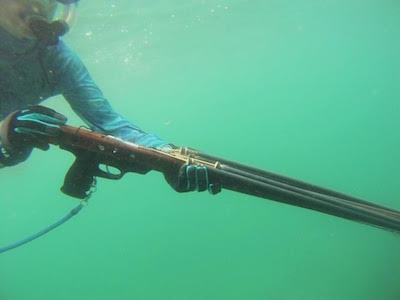 I’ve often said that if I had to hunt my own food, I would most likely be a vegetarian, with perhaps the exception of fish. So, on Saturday, that theory was put to the test when I went spearfishing with my friend, Izabela, with Spearmex in Punta Mita, just a short drive from Sayulita.

Standing outside the shop, the first thing our guide, Pedro, stressed was how important safety is when it comes to spearfishing. He went over the technical names for the various components of the gun, how to load it, how to hold it, the appropriate distance to shoot from (about 7 feet), and how to shoot. We also practiced loading the gun, which is challenging when it comes to the part where you have to pull the power bands back and attach them to the shaft of the gun. (But not to worry if you can’t do it. I couldn’t and Pedro was awesome and did it for me! …. each and every time.)

The sun was shining and the ocean a bit rocky as we boarded the panga and took off looking for a spot with the best visibility. After about 10 minutes we stopped, put on our rash guards, snorkel, mask, and fins, and got in the ocean to discover how it felt to shoot the gun in the water.

Next, it was time for action and the skills we were taught put to the test. Pedro gently took my arm and swam alongside me, pointing out fish that are good eating and I could shoot, and others that I shouldn’t shoot. He told me not to kick, to let the water carry me, all the while keeping my gun pointed down until I was taking aim. When he saw a fish that I could shoot, he tapped my arm, I pointed the gun at it, 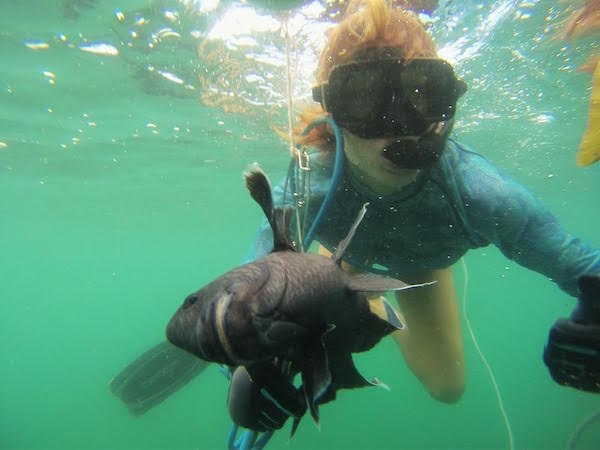 pulled the trigger, and missed.

The ocean was the perfect temperature, a wonderful mixture of warm water in some areas with cooler water flowing through. The sunlight was shining through the water and fish darted back and forth, as well as over and around the large rocks on the ocean floor. I could feel my body float over the waves and be pulled by the ocean current, as I looked left and right, looking for another fish to try to shoot.

As I pulled the trigger again and missed, Pedro encouraged me, telling me that the shot was close. I continued to try and Pedro continued to encourage me (and be patient), all the while the time flying by without me even realizing it. Then Pedro told Izabela and I we both had one shot left before we headed back to shore. Right as I aimed and took shot, hitting a Surgeonfish, Izabela hit a Damselfish. (The first and only fish we both got with the spearguns). As we swam to the panga with our fish, we were both a bit bummed our time of spearfishing had come to an end. Well, until next time. 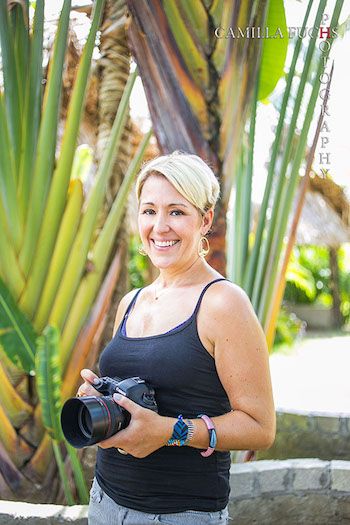 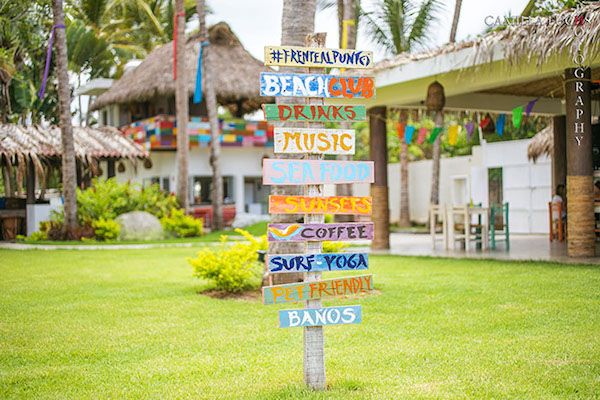