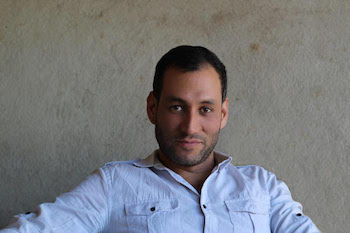 Raul Velázquez was born in Mexico City, raised in Guadalajara, and as a child and into his adulthood, spent a lot of time in Sayulita and San Pancho visiting relatives. Having a love of travel, he has lived many places in the world, and fluently speaks Spanish, English, and French. Thirteen years ago, he moved to the Sayulita area, and started his architectural business, which is also his passion, Architect Velázquez.

How did your interest in architectural work develop?

I was about 16 or 17 years old, vacationing in Granada, and visited the Alhambra, an Arabic palace and fortress. Right then and there, I realized how architecture so perfectly and strongly expresses the way of thinking of a time and region. After seeing this, I realized I wanted to be able to do the same, and this is what is most important to me in my architectural work.

Your business, Architect Velázquez, does everything from design to execution. Will you tell me more about this?

Well, I have done projects here, in the Sayulita area, in Guadalajara (where I studied architecture) and other parts of Mexico, as well as in the states. The difference between doing architectural work in a big city, like Mexico City, and for instance, here in Sayulita, is that everything is more organized in a big city. As an example, in Mexico City, I draw up the plans, hand them to a builder, and it is built 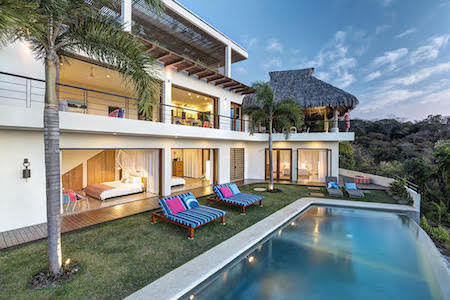 exactly as I designed it. Here, I’ve learned, that I have to be involved with the entire process for things to happen the way I picture them. I am involved with everything, from design, including the whole property, such as a swimming pool, to getting permits to doing the actual building. I also do interior design as part of the overall project as an option. This includes furnishings, lighting, basically everything.

How would you describe your style of design?

Would you give an example?

I use local materials, such as wood, concrete, steel, and stones, but give it a twist, paying very close attention to the details. For example, rather than use stone in its traditional sense, I manipulate it and turn it into something that is very artistic, expressive, and beautiful.

When designing and building a project, what goals do you keep in mind?

First and foremost, my goal is to satisfy the need of my client, and to express their personality in my design. I am also very mindful of the environment, implementing designs that are environmentally friendly, such as utilizing grey water to water the grass and plants on the property. Also, design with functionality is key. I make note of where the sun rises and sets, the way the wind blows, if the property is 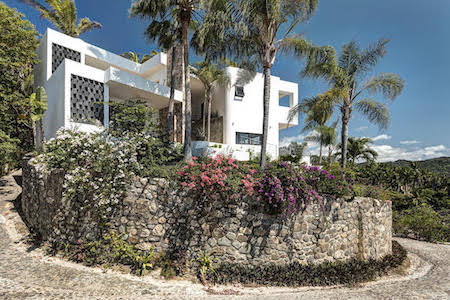 being built on flat or hilly terrain, and make designs to make everything function and complement the property the the best way possible.

What do you like most about architectural work in Sayulita?

It’s spontaneous. It reflects what people think and the individuality of the people. It’s very free and people aren’t limited in designs.

What projects has Architect Velázquez done in and around Sayulita in which people might be familiar?

I’ve designed and built more than 20 houses in Sayulita, but I also have done some businesses, such as Revolucion del Sueno.

Would you describe one of your favorite designs?

It would be Casa Nido, here in Sayulita. It is a house that has a good mixture of enclosed and open spaces. Instead of designing a house that is enclosed like a city house, I like to create designs that are in touch with the outdoors, where people have great views of the jungle

and ocean, and feel the breeze and sun on their skin. The overall experience is a unique place where you are in touch with nature.

You’re also a musician (guitar and cello) and singer. How does your passion for music influence your architectural designs?

Music and architecture are very parallel. Someone once said that architecture is music frozen in time. So, if you think about it, I get to see and experience that everyday. By combining common concepts, which are applied in both both music and architecture, such as rhythm, shape, size, and volume, you can see that they complement each other in both disciplines. 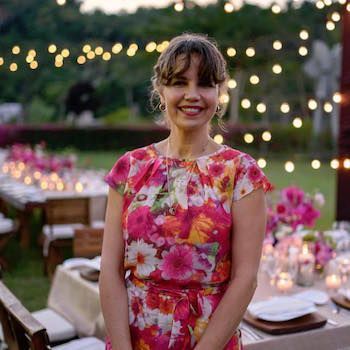 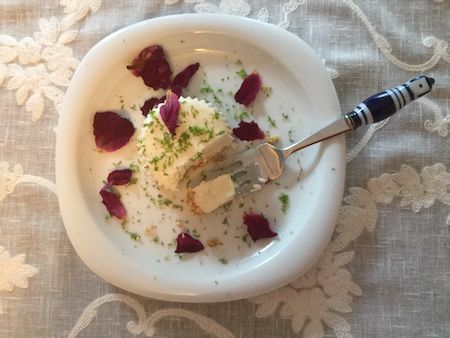 Remember, there are NEVER extra fees when using SayulitaLife.com