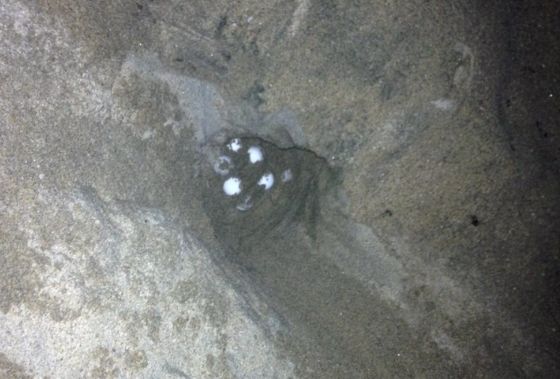 A post on Facebook read, “Help needed for turtle patrol. Poachers are stealing nearly all the eggs from Playa Malpasos, a remote and dark beach between Sayulita and San Pancho.  We desperately need a crew out there to get the eggs before the poachers do. It’s a little bit dangerous with human poachers and wild animals. It’s physically demanding (walking several miles on sand), is at night and is often in the rain. There is no pay. If this sounds like your dream job, we need you!”

Now if this post doesn’t catch your attention, I don’t know what will. It certainly caught mine and the threat of danger, which should have made me run, instead made me think, “Hmm, this could be quite an interesting experience.” So, I did what any normal person would have done, I signed up to volunteer.

Slightly after midnight on Tuesday, Eric Steinman, Tess Hamilton, Arturo Monter and I, all Sayulita locals, made our way towards Playa Malpasos. (This beach is just north of Sayulita’s main beach.) The car bounced as we drove along the overgrown, rocky access road off of Highway 200 that leads to the beach.  The night air was cool and it was sprinkling.

We arrived at our destination, where we introduced ourselves to our experienced guides, Juan and Manuel.

They gave us flashlights to see in the dark night. They also gave us wooden sticks that resembled walking sticks and we were told that we were to use these to help find turtle nests buried in the sand. We’re to look for turtle tracks and then push these sticks into the sand, in an attempt to locate the nest. Once the nest has been located, it’s time to dig with your hands.

We walked along the quiet beach and watched sand crabs scurry by us. The only sounds we heard were the waves hitting the shore, insects owning the night and an occasional bird. In the distance, we saw lightening flash and the sky light up in colors of orange and pink. There were no stars to be seen.

It was almost an hour before we found the first nest. The guide said it appeared to have been there about three days. Unfortunately, the tejon, an animal similar to a raccoon with a long tail, found it first, as there were only a few eggs left. (Generally nests have over 100 eggs.)

The eggs looked strangely like ping pong balls and the soft shell surprised me as I held it.

One other nest was found that the tejons also reached first. About 30 more eggs were gathered to be reburied at the turtle camp, where they will hatch.

Slightly after 2:00 am and walking approximately 3 miles, the guides told us that we were calling it a night. I was disappointed that we didn’t see a turtle on shore laying her eggs, but I was happy that we did come across the two nests. Besides, there’s always next time. Maybe that will be the time that I see a turtle.

If you would like to experience this for yourself, see more information at Campamento Tortuguero Sayulita . 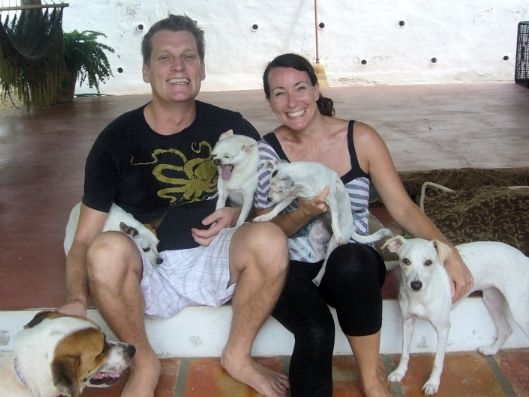