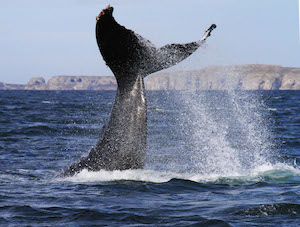 Three years ago La Orca de Sayulita, a whale watching and whale research company based out of Sayulita, started a project of photo-identifying the humpback whales that visit the town’s coastal waters.The underside of each humpback whale’s tail is unique, therefore by taking photographs of a whales tail (also known as a “fluke”), you can identify them throughout their lives, as long as they don’t have any major accidents. The humpback whale population that visits mainland Mexico is estimated to be around 2000 individuals, and every year it is thought that approximately 800 animals visit just the coastal regions of Nayarit.

Via the collection of photographs of different whales tails, a “Humpback Whale Fluke Photo-Identification Catalog” can be formed, and to learn more about individual whales, the population they are put of, and the species of humpback whale in general. Nico, one of the whale researchers at La Orca de Sayulita explains, “the catalog is one of the most important tools used in the study of humpback whales. By continuously taking photos of their flukes and by re-identifying them we can learn so much about them. For example where they go, how long it takes them to travel between locations, if they return to the same place each year, how many babies a female has in her lifetime – there’s so much that can be learned about the whales based on photos of their tails, and everyday that we go out whale watching we are collecting more tails. ” 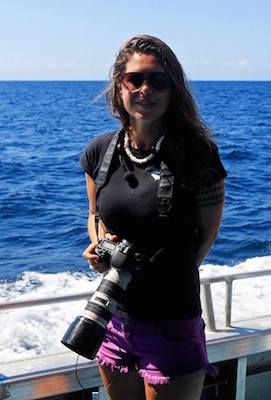 There are many distinguishing factors that allow whales to be identified based on their tail: the shape of tail, the form of tail, the coloration/pigmentation, the serration of the trailing edge, and the shape of the median notch. It’s interesting to note that in the North Pacific when comparing the underside of their tails it has been found that approximately 60% of the humpback whales have black tails, around 30 % have black and white tails, and only about 10% have white tails. Other populations may be notably different, such as East Australia, where 90 % of humpback whales have white undersides of their tails, and less than 2 % pure black tails.

It is one of La Orca de Sayulita’s aims to involve the community in the whale research, and to try and teach people more about these magnificent mammals that can be seen from the beaches of Sayulita throughout the winter months.  This year therefore, they will be asking children from local schools to help by naming individual whales that have been identified in the waters of Sayulita. Since some of the same humpback whales return to this area year after year, the most frequent visitors or the most easily identifiable are already well known to local researchers and have already been named. For instance, there’s “El Corazon”, who has a tail that is shaped like a heart (likely the result of orca predation), and there’s El Camello, who has two dorsal fins (likely a genetic deformation) that make one think of a camel. “A lot of people want to name the whales and this is a great way to involve the children in learning about the whales,” said Nico. So far the “Sayulita Humpback Whale Fluke Photo-Identification Catalog” is compiled of identification images of just under 100 different individuals, but with humpback whales already starting to arrive for the up and coming breeding season, researchers at La Orca are counting down the days till the season start on 1st December, to get back out on the water collecting more data and all importantly more photographs of Sayulita’s whales’ flukes. 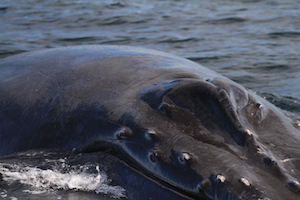 La Orca de Sayulita is now preparing presentations about humpback whales for local schools in Sayulita and the surrounding area, starting with Costa Verde International School. This education project, along with the naming of the whales, will begin in November. “The kids creativity can really be amazing. They can come up with some really inventive names,” exclaimed Nico. “the plan is also to offer free spots on whale watch trips, perhaps on a reward type basis.”