Dumay’s Fishing and Snorkeling in Sayulita 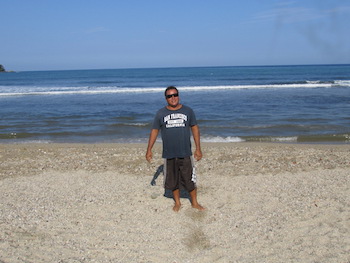 Caesar Plascencia Carrillo, the owner and captain of Dumay’s Fishing and Snorkeling, was born and raised in Sayulita. His father was a fisherman and passed his passion for fishing on to Caesar when he was just a young boy. “I remember fishing with a hand line – using hermit crabs as bait. For as long as I can remember, I’ve loved fishing. I like the surprise and the gift of it,” shared Caesar.

Seven years ago, Ceasar, who had been working for his father, decided to venture out on his own and open his own fishing and tour business. “I wanted the independence of doing something on my own and I knew I could do it,” he confided. “I like the independence of having my own business. I also love working with the tourists and meeting people from all over the world. I offer tours to fish, snorkel, and to the Marieta Islands,” he added.

Caesar personally takes all clients out on one of his two pangas, which are impressively clean and well maintained. A canopy provides shade from the sun, cushions on the seats allow a comfortable place to sit, and swivel chairs make it easy to move about. For snorkeling and going to the Marieta Islands, he suggests no more than nine people. While Caesar can take five people out at a time to fish, he recommends just three to four people, for maximum comfort.

The Sayulita waters and the surrounding bay area are prime for fishing. Sardines are commonly used as bait, but Mullets are also used as such.“There’s a lot of fish here to be caught. There’s Mahi Mahi, Jack Crevalle, Mackerel, Roosterfish, and Sailfish. When going fishing with us, I suggest going out in the mornings - there’s usually more bites. But, the afternoons can be great too,” stated Caesar. 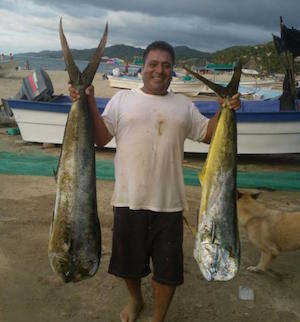 The fishing tours are customized to the client’s liking, and with such an experienced fisherman, one really can’t go wrong. Generally, tours last four to six hours, with the clients sport fishing, spearfishing, or both. Sandwiches, snacks, and beverages, including beer, are also arranged

After a successful day of fishing throughout the bay, Caesar and his deckhand, fillet the fish for the clients to take with them. If the client doesn’t have cooking facilities, or doesn’t want to cook the fish themselves, Caesar has connections with local restaurants who will cook it for them.

Like the fishing tours, the other tours that Caesar offers can be customized. “The Marieta Island tour and snorkeling is extremely popular. I suggest heading out early or going in the afternoon – so, before or after the catamarans and all the people are there,” said Caesar. 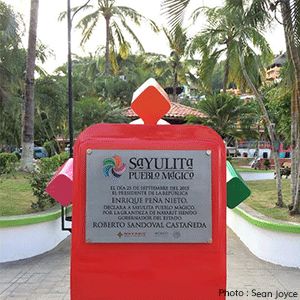 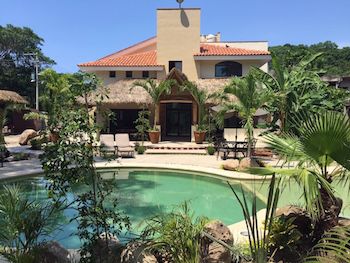