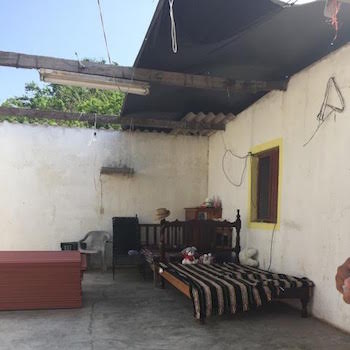 Back in October, Sayulita was fortunate to escape the wrath of Hurricane Patricia. However, Arroyo Seco, a town approximately 3.5 hours south of Sayulita, was not so lucky. Out of the approximate 130 homes located there, only 5 or so were left with roofs. The residents have been forced to make the best of what was left of their town, with most having to sleep under partial roofs, on makeshift beds, since their mattresses and pillows were destroyed by the storm.

The citizens of Sayulita decided to do what they could to help Arroyo Seco, a small surfing town similar to Sayulita. Kimberley Flor Keehn, one of the key organizers, explains, “Right after the hurricane, we began to raise money via cash donations and also goods. The first run of aid went out just days after the hurricane. Lindsey and Tom Smith, along with Melissa and Ryan Webb, drove down and had a first-hand look at the devastation. After that first trip, Mel and Ryan went down again with another group of volunteers and a car full of goods. Mel was the one who said to me; let’s do a Christmas posada for them. That is where the idea for the toy drive came from."

The biggest obstacle in organizing the drive resulted from the lack of cell and telephone service in the town. A teacher who lives there, Sandrine, works in another town, which has Wi-Fi, and was instrumental in the communication and transportation of the aid to Arroyo Seco. Flor continues, “It was an amazing group effort. Once we had it all set up, we had 4 days to achieve our goal! The drive ran from Monday, December 7th, to Friday, December 11th”.

The 80 toys were anonymously donated to Lollipop Toy Store, owned by Tessa Stobbe, who offered a generous discount on gifts purchased there, and provided a free wrapping service. Entre Amigos also generously offered to wrap gifts at the Mercado del Pueblo. All 72 children, ranging in age from babies to 6th graders, received gifts just in time for Christmas. The teachers of the school organized the distribution of the gifts, which occurred last Friday, on December 18th. 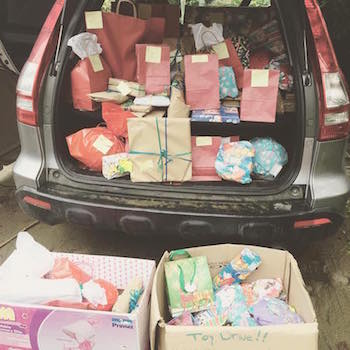 Lina Weissman, another volunteer, stated, "When Hurricane Patricia passed us by, we all realized just how lucky we were. Unfortunately, other, very poor communities were hit hard. It has been such an honor to share some of our local, Sayulita community spirit with others. We need to do more of this!" Lindsey Smith was also a huge help in gathering and organizing gifts.

Though the toy drive is over, efforts are continuing in support of Arroyo Seco. Flor explains, “The current project is to fortify the church so it can be used as a shelter. We are waiting on an estimate from an architect to be able to determine how much money is needed. So far I have received $35,400 in donations from an incredible outpouring from the whole Sayulita community and beyond! Purple Clouds is a nonprofit, which has relocated to Sayulita and is also gathering funds. Tax deductible PayPal donations can be made via their website by clicking on the Donate icon. 100% of the money donated is going to Arroyo Seco.” In addition, cash donations are being accepted at Flor’s jewelry store, Sayulita Sol. If you wish to donate there, please deliver your contribution in an envelope with Arroyo Seco written on the outside. 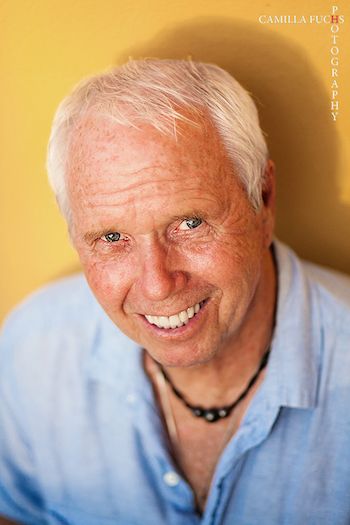