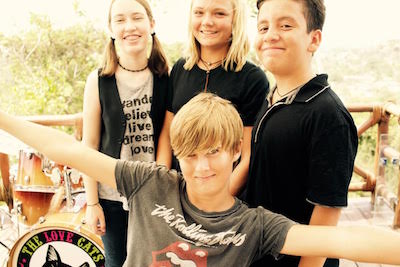 A dream was realized when The LoveCats, a group of local, Sayulita teens in the 7th grade, came together and formed a band. This group, which debuted approximately a year ago, consists of Talula Koch on the piano, Luke Ackermann on the drums, Serena Moeller playing bass and guitar, Kalani Cadena as lead singer, and Alyssa Adams and Jess Edmonson with Sayulita Musica as instructors. Serena, Talua, and Luke sit down with El Sayulero and share how they got their start, what they like about being in a Sayulita band, and much more.

First off, how did The LoveCats form?

(Talua) I started learning to play the piano with Alyssa Adams when I was in the 3rd grade, then I stopped for a year, and then started playing again.

(Luke) We forgot about the idea of starting a band, but remembered again when we were in the 5th grade. We started working with Jess Edmonson and Alyssa Adams and started thinking of a band name.

Why the name The LoveCats?

Serena’s mom helped come up with the name. It is inspired by The Cure’s song, The LoveCats. We liked the tone of it and how it sounded, 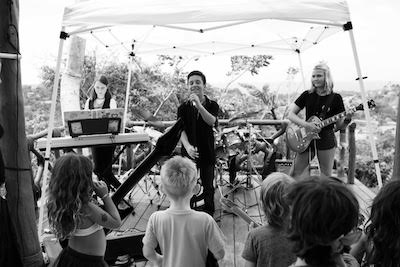 about getting together, having fun, and playing music.

How would you describe your music style?

Do you play cover music/original songs?

We want to eventually do original songs in the future. We have done one original song for the CVIS teacher’s day.

Where did your inspiration for the song come from?

We had the idea that we could perform for the teachers.

Tell me about your first show.

Our first show was when we played the original song for the teacher’s party at Luke’s house. We had all the equipment set up and ready and in the middle of the party, we played. We were really nervous, but once we were halfway through the song, we felt normal.

What is your favorite song to play and why?

(Serena) Bad Blood by Taylor Swift. It all synced together and some of the instruments sounded higher and some lower.

(Talua) Gold on the Ceiling by the Black Keys. I felt it sounded nice and it was kind of catchy.

(Luke) My favorite is also Gold on the Ceiling. It’s a fun beat to play and it all sounds really good when we all play together. 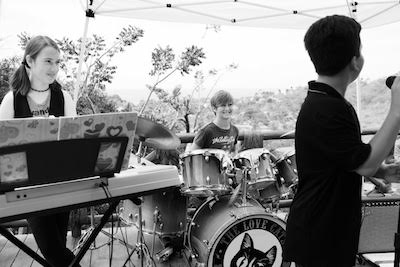 What do you like about being in a band in Sayulita?

(Serena) I like that we go to Luke’s house, play instruments, have fun, and after we go in the ocean and hang out at the beach. (Luke) It’s fun creating music for other people to hear and enjoy. (Talua) It’s just fun to get together with everyone, play songs, and learn new ones.

You have a show coming up on June 7th at Palmar Trapiche in Sayulita. Tell me about that.

We will be playing songs we’ve done in other performances, from a birthday we did, like Bad Blood, Riptide by Vance Joy, and Gold on the Ceiling. But, we’ll also be playing some songs that are new for us - Beat on my Drum by Gabry Ponte, Ho Hey by the Lumineers (a duet by Serena and Kalini), I’m Yours by Jason Mraz (a solo by Luke), and possible Lose Your Self by Eminem (a group performance by Talua, Kalani, and Luke)

What band or artist would you love to see do a show in Sayulita?

When you’re not making music, what is your favorite thing to do?

(Serena) Being in the ocean, surfing, paddle boarding, or anything active. (Talua) Writing poetry and stories. (Luke) Talking with friends. 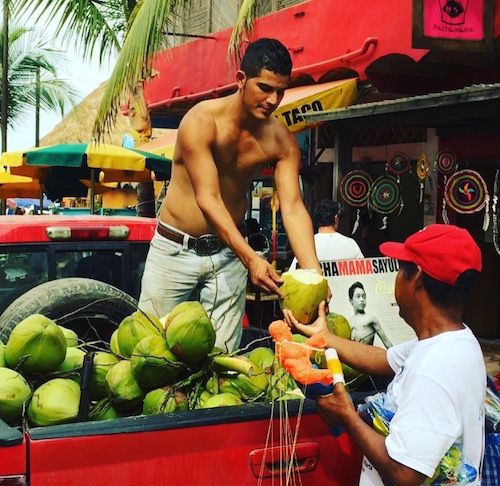 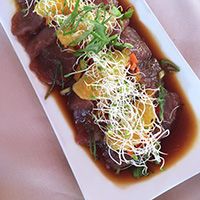