Let me start by saying that zip lining has never been on my bucket list. I don’t like heights and I don’t like speed. That being said, I was fearful about doing the canopy zip line tour with Mi Chaparrita. Just thinking about it made my adrenaline pump and my heart beat faster as I sat in the back of the tour truck on the way to the ranch, a mere five minutes from the Sayulita plaza.

Our guide, Junior, and the rest of the crew (including two photographers), instantly made me feel welcome with their gregarious and fun-loving personalities. I immediately confessed that doing the zip line scared me – as if the fidgeting and look of trepidation on my face wasn’t a dead giveaway. They offered encouragement, as well as liquid courage in the form of a 7oz Pacifico, which I readily accepted.

Junior and the crew helped me, Camilla Fuchs, a Sayulita local, the Matthiessen family from Pasadena, California and Aimee Speer and her two young daughters (ages 5 and 8) from Austin, Texas, gear up in harnesses and helmets, and then sat us down to go over the safety rules.

We all piled into the back of a truck, which took us to the first of 13 zip lines, each one named, such as Killer Tree, Crazy 8, Bone Crusher, and Speed, plus three suspension bridges. Right away, a few of the crew members attached themselves to the zip line cable and were off, flipping and spinning, and hanging upside down as they soared through the air. When Junior turned to me and asked if I was ready, I responded that I was as ready as I was going to be. He attached the pulley to the cable as I took several deep breaths and tried to relax. He again asked if I was ready and I told him that he was going to have to push me.

Next thing I know, I’m high above the jungle canopy and a deep ravine. The day was clear and sunny, and it was quiet and peaceful in the jungle, aside from my screams piercing the air and the rest of the group offering encouragement. If I weren’t telling myself, “Don’t look down. Don’t look down,” and squeezing my eyes tightly shut, I would have enjoyed a glorious panoramic view of the area --- including Monkey Mountain and Sayulita.

When I reached the canopy platform, Ernesto, another of the guides, helped me down from the cable line. My legs and hands were shaky with adrenaline and I took a few more deep breaths, as I mentally prepared myself to go on the next zip line.

As we made our way from one zip line after the other, my fear lessened and I became more confident and brave. The terrible, and likely embarrassing expressions I was making, turned into smiles. I hung upside down, though I refused to release my death grip on my harness, and I even ran to the edge of two zip line platforms and jumped off.

I was especially impressed with Nixon, who at just 5 years old, was a zip line rock star, with no fear whatsoever. Her favorite way to soar across the zip line was upside down with her hands hanging towards the ground. I kept telling myself if a 5 year old could conquer the zip lines, so could I.

The last two zip lines had water sprinklers placed underneath the cable lines and as we passed over them, we were sprayed, which felt great as the sun hit us.

As we finished our tour with mango slices, water, and beer, I was happy that I faced my fear and went on the canopy zip line tour with Mi Chaparrita. Now, I want to do it again!

If you’d like to experience this canopy zip line tour for yourself or do one of their other activities, such as horseback riding, ATV riding, sport fishing, a Marietta Island boat trip or a surf lesson, contact Mi Chaparrita. 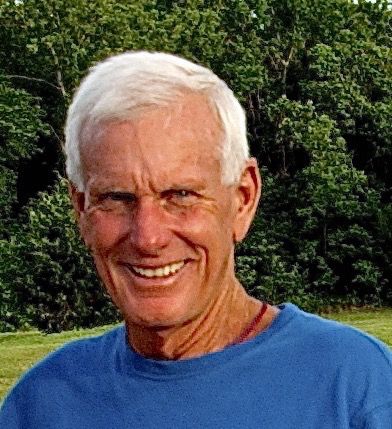