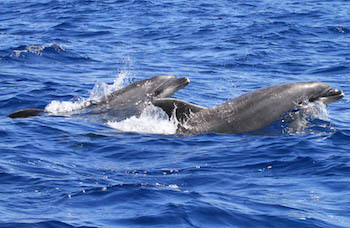 The biogeographic location of Sayulita, makes it a whale watcher’s dream. Situated at the meeting point of the North Pacific Ocean and the entrance to the Sea of Cortez, the beginning of the region termed the “Eastern Tropical Pacific”, to the east of the Marias Islands and just to the north of the Bay of Banderas, Sayulita is centered in a marine transition zone which ensures a wide diversity of whales and dolphins, and creates an incredible location for whale watching.

Dolphins can be spotted year round from Sayulita’s multiple beaches, with the “playa principal” being one of the best places to see the bottlenose dolphins (Tursipos truncatus), an enigmatic and playful species which can often be seen jumping through the surf, feeding by Punta Sayulita or socialising in the town’s main bay. On a fishing trip or a cruise out to the Marietas islands, several other species of dolphin may be encountered a little further from shore. These include the pantropical spotted dolphin (Stenella attenuata), a smaller species which typically have a sprinkling of white spots across their backs; or the similar sized rough-toughed dolphin (Steno bredenensis) with their sloped “forehead” and characteristic surfacing behaviour of swimming in a line; or if you are very lucky you may encounter the spinner dolphin (Stenella longirostris), often found in very large pods of several hundred, with individuals continuously leaping in the air and spinning several times.

However, it is the annual winter visitor, the magnificent humpback whale (Megaptera novaeangliae) that is frequently encountered along the Nayarit coast from December until April, which makes whale watching in the Sayulita area such a thrilling and awe-inspiring experience. The humpback whale is one of the largest animals on the planet; with some adults measuring just over 50 feet and estimated to weigh up to 40 tons, a close encounter with this charismatic marine mammal is on the bucket list of many avid traveler. With a worldwide distribution, the humpback whale is a migratory species that generally splits its year between high latitude cold-water feeding areas and low latitude (sub-)tropical breeding and calving areas. By the 1960s humpback whales were on the brink of extinction due to heavy commercial 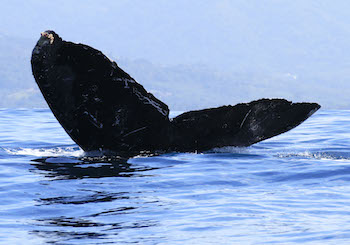 harvesting of the early 20th Century, and the North Pacific population is believed to have been reduced down to 1000 individuals or less. The return of this majestic species, over the last few decades, is one of the great recovery stories of the animal kingdom and today the North Pacific population is believed to have topped more than 20,000 individuals. Mexico is one of the ocean basins major breeding areas (alongside Hawaii), and the countries Pacific waters are estimated to receive 40 % of the population each year. Nayarit is at the center of one of Mexico’s three main breeding regions, and each year humpback whales can be watched from Sayulita’s beaches. Here to breed and calve, encounters with humpback whales at sea can be truly incredible, with newborn calves (babies), surface active whales that may breach more than 20 times, or large groups of physically competing males, just some of the encounters that are common in the area.

To add to the humpback whale show, there are other species of large whales which are sporadically encountered in the area. Occasional sightings of the famously friendly gray whale (Eschrichtius robustus) tend to occur in years of colder sea surface temperature in Nayarit; a species, which usually prefers to calve further north in Baja California, is a rare but exciting encounter near Sayulita. More commonly observed is the Bryde’s whale (Balaenoptera edeni), known locally as the “sardinera” due to it often appearing to feed at times when sardines are in abundance. The Bryde’s whale (pronounced “brood-us”) is a similar sized baleen whale to a humpback whale, but is easily distinguished by its much higher and more pointed dorsal fin, it’s fast movements at the surface and three defined ridges along its head. Undoubtedly, one of the most thrilling whale watching treats in the area is the surprise encounters of orca (killer whale) (Orcinus orca). Although comparatively little is known about the orca of Mexico (c.f. the orcas of the Pacific North West), it appears locally January is the prime time to see these striking black and white delphinids, with more than 20 reports of orca encounters made between Yelapa and Sayulita in January of 2016. This includes an incredible encounter of 20 – 30 orca in front of Sayulita’s Monkey Mountain (Cerro de Mono). It was also in January of 2016, that a large pod of approximately 20 sperm whales (Physeter macrocephalus) was encountered only 1km from Sayulita’s beach, showing that you never know what to expect when out on the ocean in 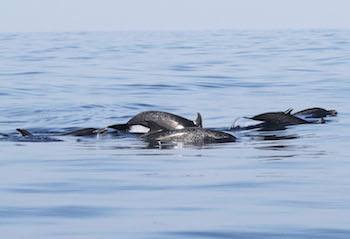 Nayarit! Other cetacean species observed in the area in the last year include false killer whales (Psuedorca crassidens) and Risso’s dolphins (Grampus griseus).

The options for whale watching in the area have increased greatly within the last few years, and today Sayulita offers a wide of variety of trips for nature lovers to head out on the ocean and encounter whales and dolphins. These options include:

So for those of you planning a holiday to Sayulita, be sure to consider including a whale watching trip. They say the only thing you need for successful whale watching is, 1) respect (for these beautiful wild animals and the regulations for watching them), 2) patience, and 3) a little bit of luck! As Sayulita is blessed with abundant marine life, a trip out to sea here will often be a highlight of your vacation, may inspire a new passion within you for protecting and conserving the oceans, stun children and adults alike with the pure natural beauty of the area, and at the very least make memories that will last a lifetime. 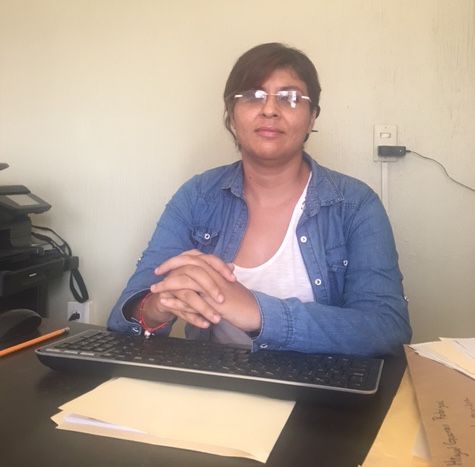 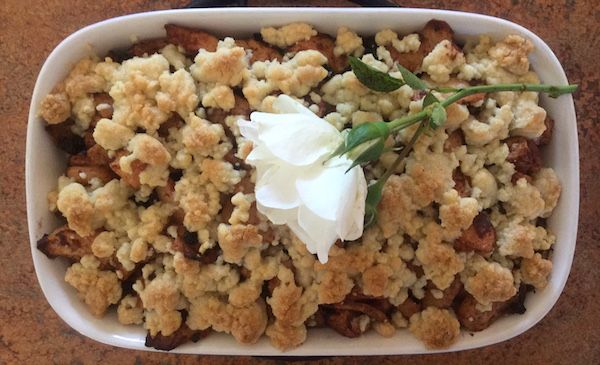